I’ll just start out with this summary. Overall I’m not super impressed with this release so far. Don’t get me wrong, I’m very excited for the release and I completely support the Xfce guys. They’re doing good work. My only real complaint for this release is simply the amount that came with it. There just doesn’t seem to be that much new stuff. There were a lot of bug fixes and translation updates though and for the most most part, it’s pretty stable.

Now, with that out of the way, let’s take a look at a few screenshots of some new stuff I found. Before we do that though, I’m using the Orta theme with the AwokenWhite icons. Additionally, my panel is set to alpha 0, so the fancy integration into my background is not a part of Xfce 4.10. 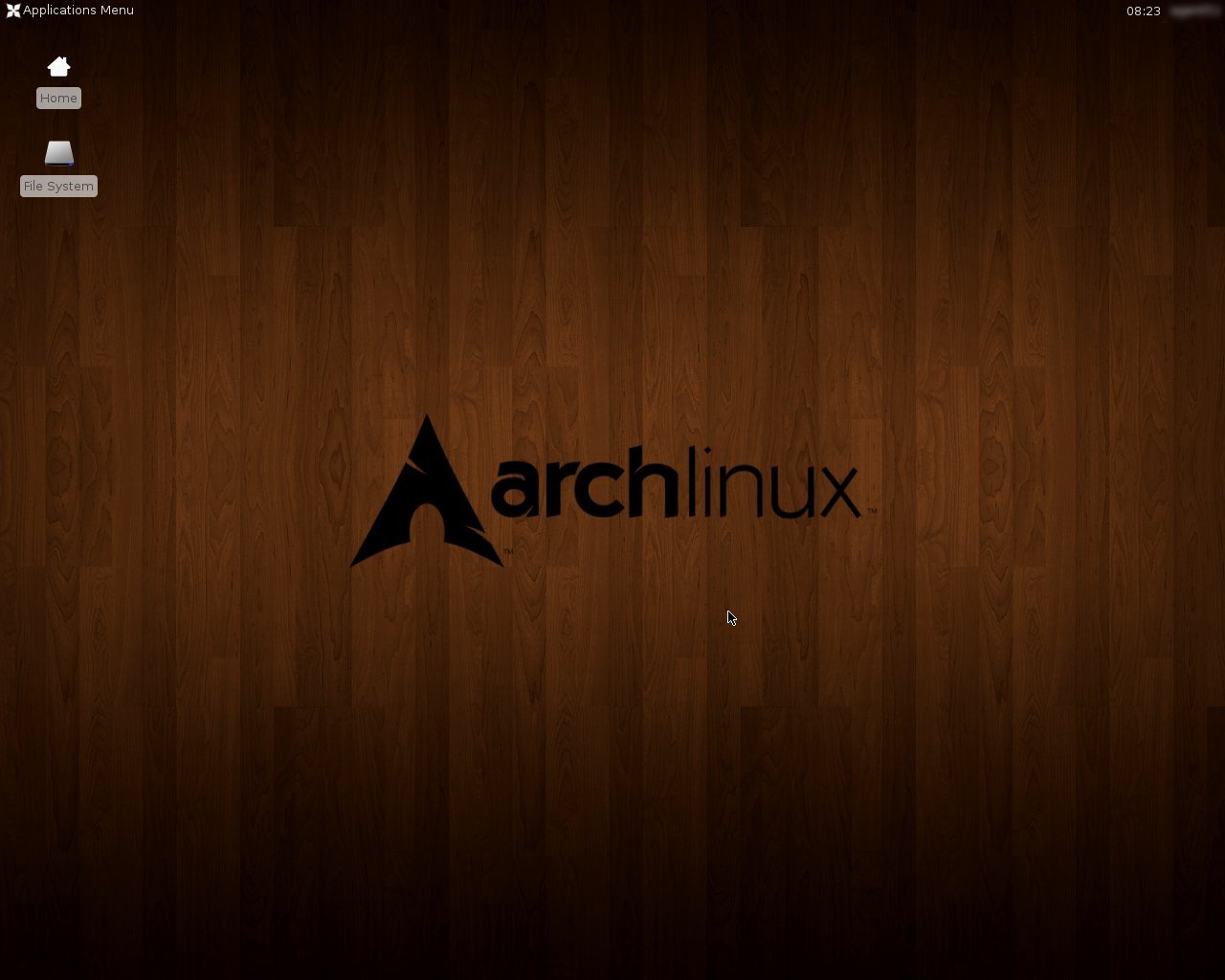 Here we’ve got just a view of the desktop. Nothing notably different here other than the top right where the you can see the blurred out text. That would be my username. We now have a user actions widget. 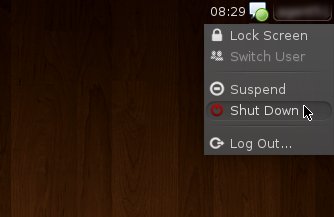 So here is the user actions button. There are more settings to add more stuff to this menu. I’m just using the default. 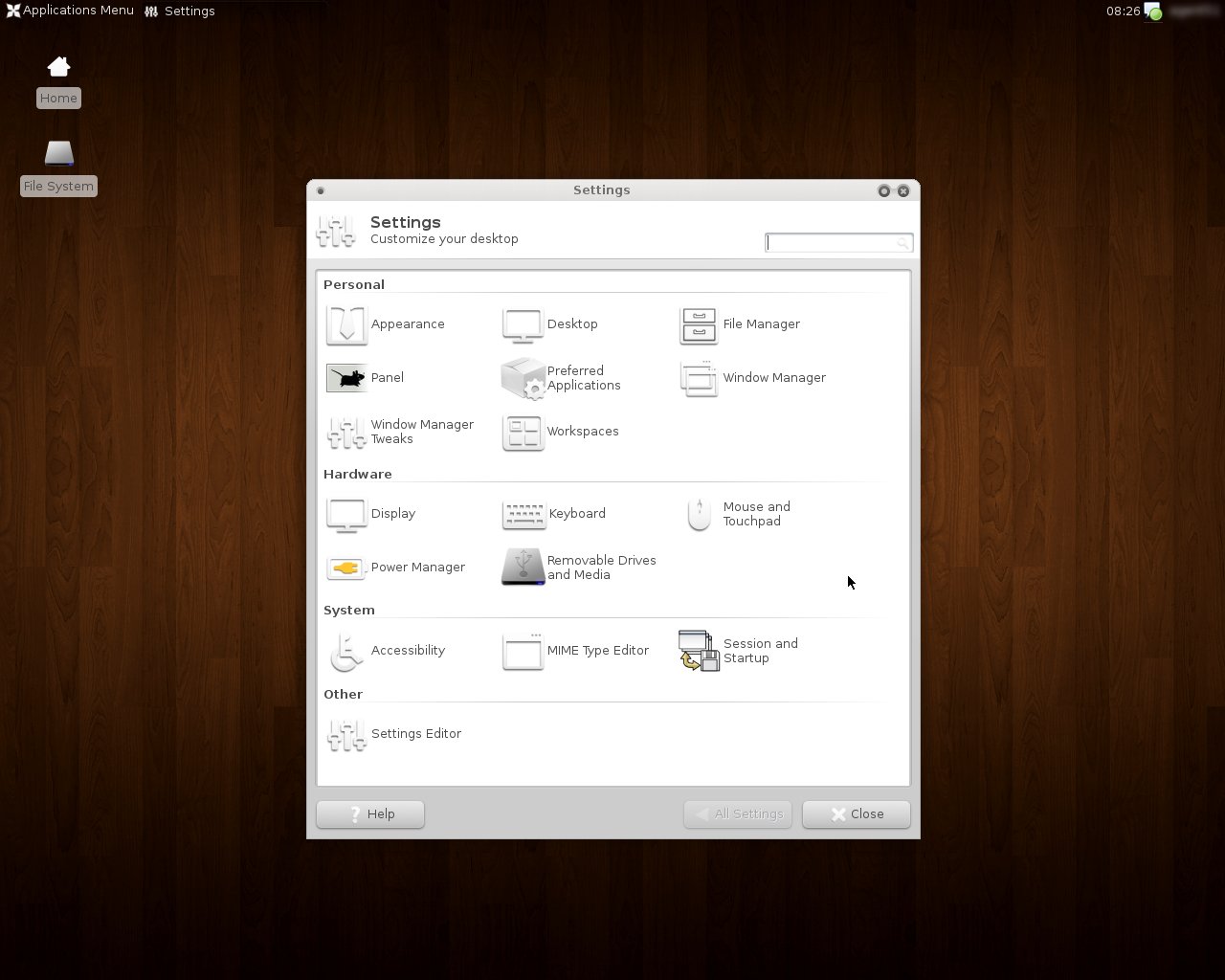 Here is the Settings window. The Xfce devs have added categorization to it now. You’ll also notice at the bottom the "Settings Editor". That’s kind of like Gnome’s gconftool. It seems to have granular settings for Xfce. Most of them are just settings you can edit through the Settings dialog. 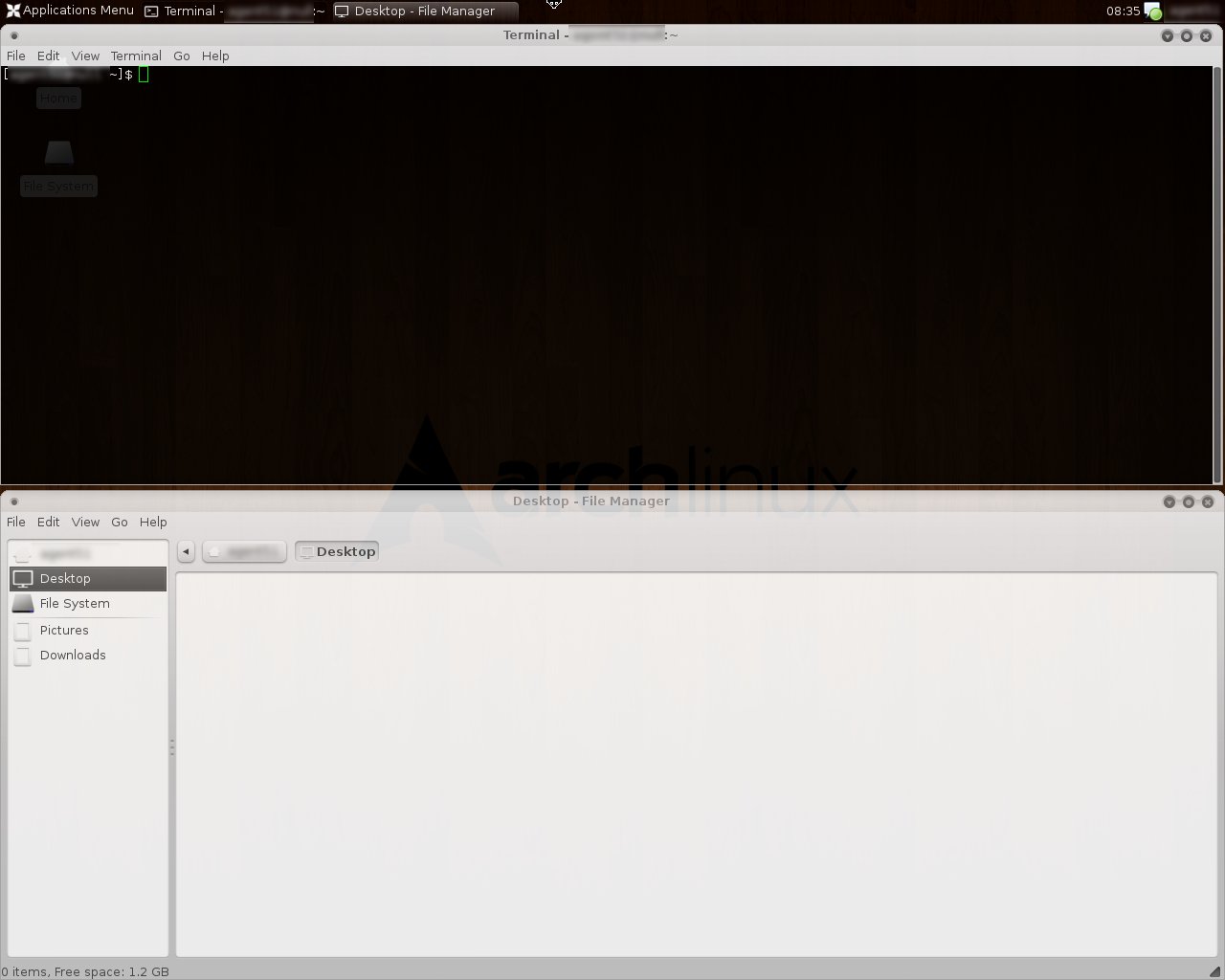 And finally we have some functionality that I’ve been hoping for for some time now. Hot edges for resizing windows. Here I drug the terminal to the top and it auto resized to half of my screen. I drug the file manager to the bottom and it resized to half of the bottom of my screen. It also works on the left and right sides, but for that you have to set your workspace count to one unfortunately.