Synchronizing Playlists with a Sansa Fuze and Media Monkey

My fiance has a Sansa Fuze. It works well for her most of the time, except when she wants to synchronize her playlists with it. She also uses Media Monkey for her library management. Apparently, in recent months Media Monkey has made various updates to their software that have broken all kinds of stuff (making updates now mandatory of course to keep things working). One of the things to break was, of course, playlist syncing.

Now, her playlists will sync. It will send the playlist file along with all the music it references to the player, however the playlist file (.m3u) is corrupt and shows no songs when viewed on the Fuze. When I cracked one of the playlist files open, I noticed it was referencing the partition on her laptop’s hard drive (H: in this case). That clearly can’t be right. To make a long story short, I played with Media Monkey (version 4.0.3) for some time until I figured out how to automate the synchronization process without having to go back and manually edit some playlist files (though I guess a batch script could do the trick…​ugh).

To sum up the solution, you need to head on over to your Sansa Fuze’s options screen in Media Monkey and set it up to match the following: 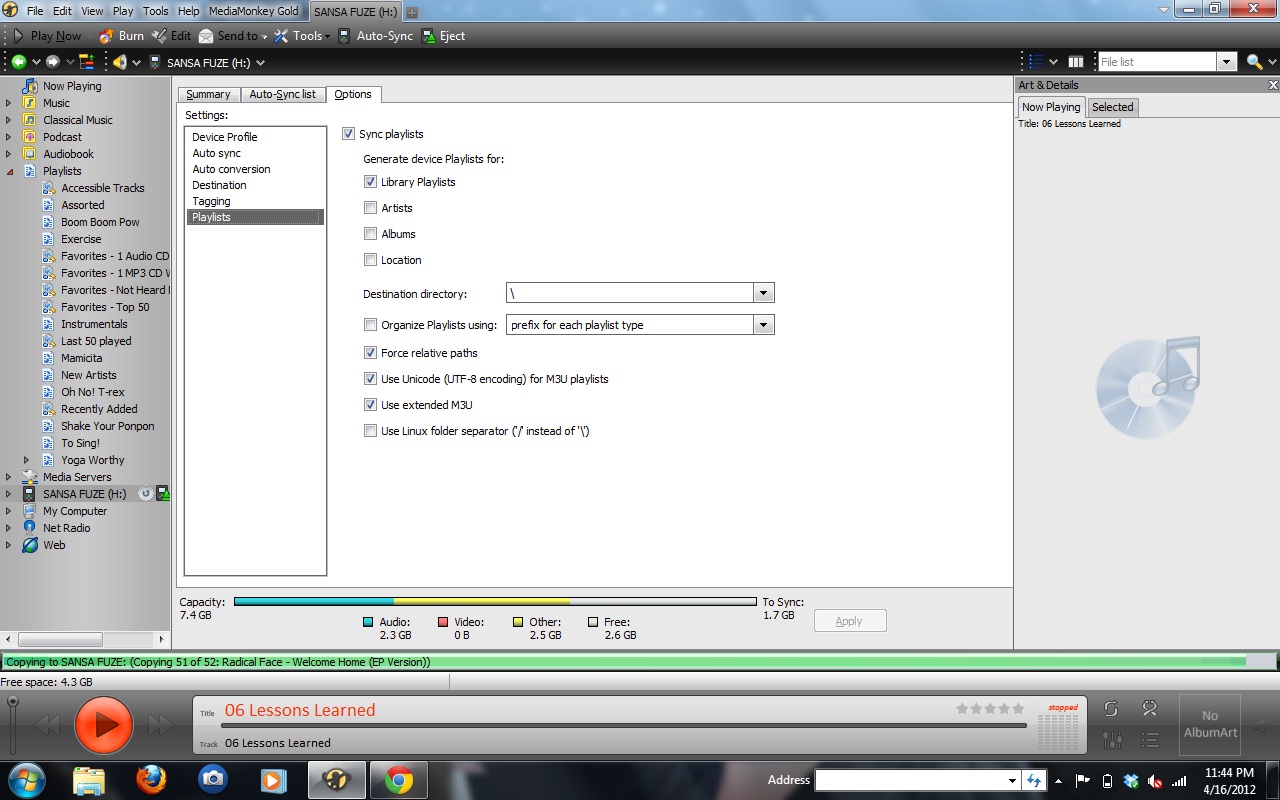 So basically, what each of those settings does is

Finally, one semi-related tip on this. I noticed that synchronizing her Fuze in MTP mode was really slow. If you switch it to MSC, your file transfers will go much faster (I was able to get a song every two to three seconds).